Just wondering if anyone could provide a little advice.

My house is set up roughly as below with wired connections shown in orange and water connections in blue.

There are 2 zones. The livingroom (zone 1) and the rest of house (zone 2). I have a thermostat in the livingroom which is only attached to radiators with standard TRVs. The rest of the rooms in the house are controlled in Zone 2 and have Tado TRVs.

My initial setup didnt have a Tado thermostat in the hall and to have the rooms heated, the original thermostat had to be set to full blast to constantly request heat. This left the boiler on constantly which would be super expensive.

I was advised by Tado Live chat to buy another thermostat for the hall as zones could be set up so that when the Tado TRVs request heat, that the thermostat in the hall would switch to request heat from the boiler for that zone.

My boiler type is an "Ideal" however I can't remember the model number.

There doesn't seem to be any options in the app to set up these zones which includes separate rooms, only for valves and thermostats in the same room i.e. in the hall. 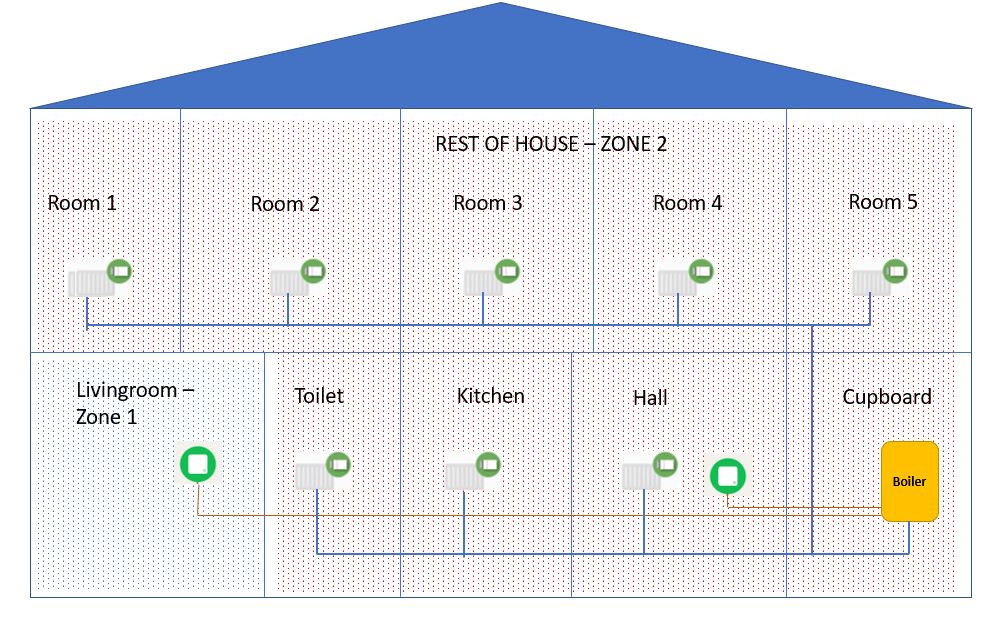