I've had the Tado system working with the Wireless Receiver for a short while but wanted to take full advantage of the boilers modulating capabilities which means having it connected via eBUS rather than relay. As such, I did some research, bought the Extension Kit and wired it in today.

For eBUS the boiler apparently requires 0v and 24v to be bridged -as shown in attached pic. The Extension Kit has paired successfully and shows up in the App. The boiler knows there's an external controller connected as it shows "Ext" on its display. I've changed all the Tado devices to request heat from the new box.

Programming the new Extension Kit as an eBUS controller from the Wireless Thermostat (as shown in the pic) fails every time, and I've tried over and over. Despite multiple Tado TRVs calling for heat the box simply refuses to play ball.

I've had to give up for the day and swap the wiring over to relay mode. This has got the heating up and running which at least proves the box is working. Really hoping that somebody can shed some light on the problem. :-) 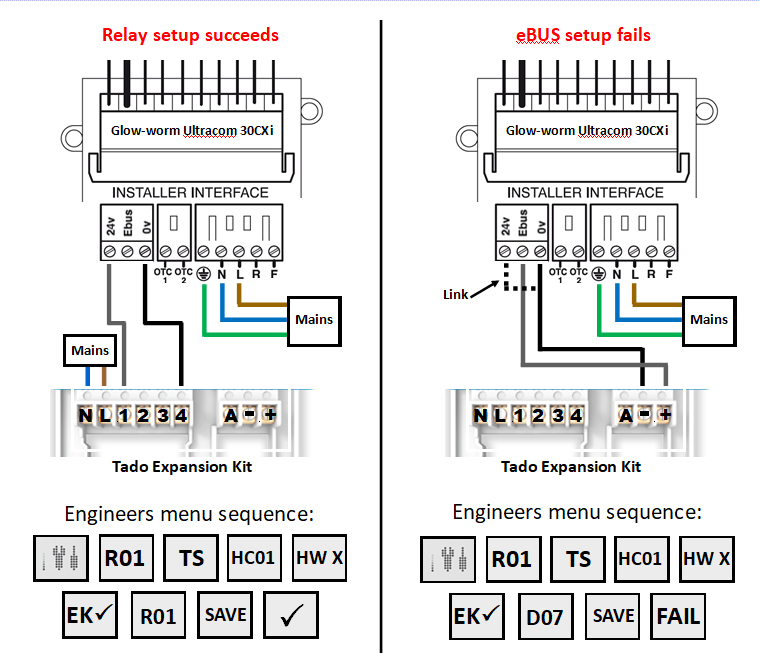