I'm moving into my new house at the minute, and in a burst of foresight I bought the Wireless Extension Starter Kit on Prime Day last year.

The new house has an Ideal Logic C30 Combi gas boiler, and already has the Opentherm Harness installed.

There is already a 'smart' controller installed in the house, but I use Homekit for everything and this one wasn't compatible, and I wanted the radiator control, so it's getting removed and the Tado installed.

So - OpenTherm? Is it worth the effort? I could easily rip out the existing controller and wire the Tado Wireless Extender the same way, but if OT is more efficient, and it sounds like it is, I'd love to wire it up with that.

I've attached pictures of the interior of the boiler - the OpenTherm harness is pretty visible at the top right. It's currently shorted - do I remove the short and connect those two terminals to the OT1 and 2 connecters in the Wireless Extender? Do I also need a power feed, or does that send power as well? If I need power, do I move the current wiring in place to the Extender, or should I use a different scheme? 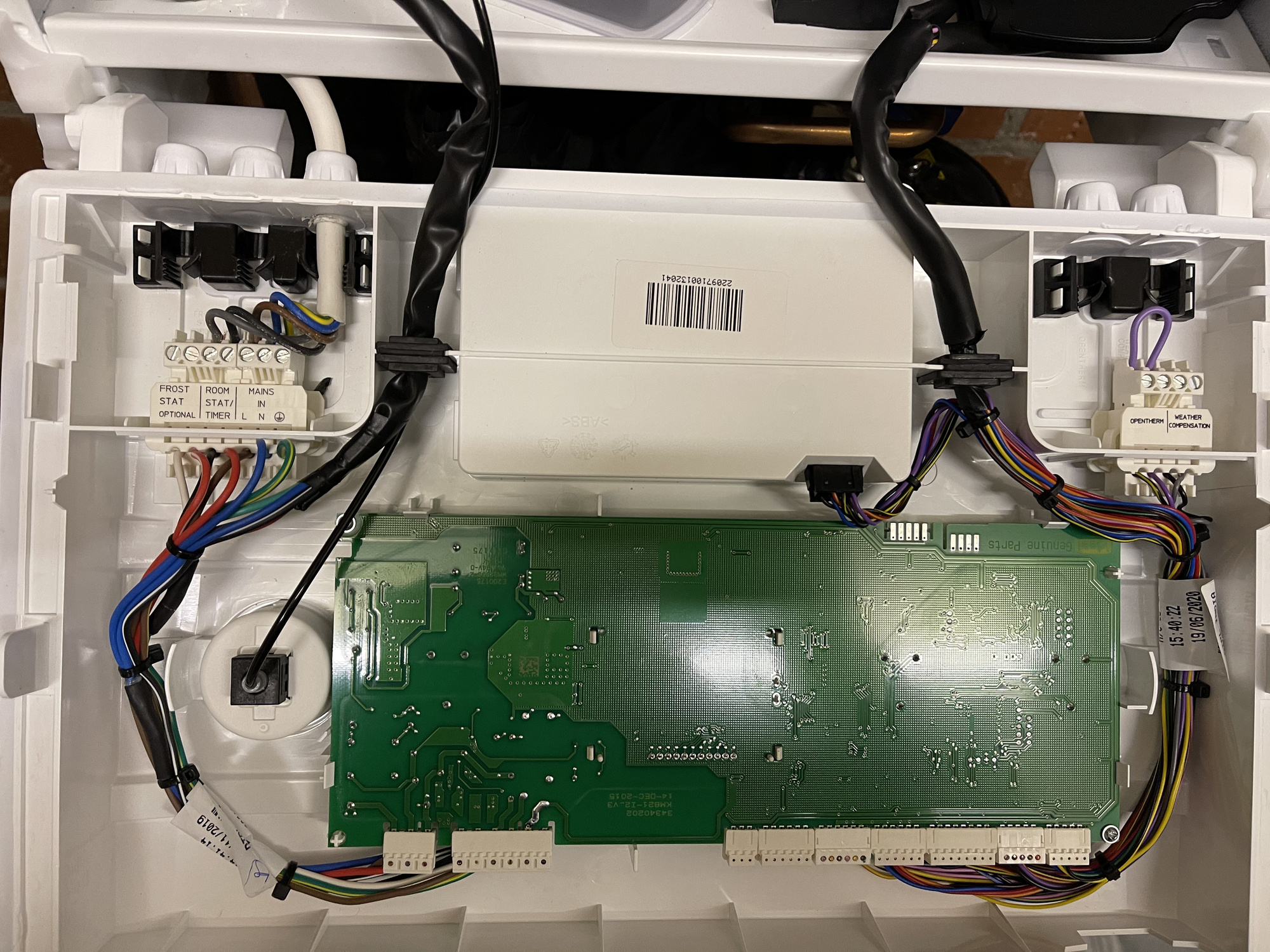 And here's a closeup of the OpenTherm section - they have handily printed some cabling suggestions on the inside of the plastic housing - I take it the idea would be to feed the Tado supplied cable through the white cable access above, and then along the same route as the existing cabling to the Extender? (I'm a network engineer, not an electrician, so I may be making assumptions that aren't correct here). 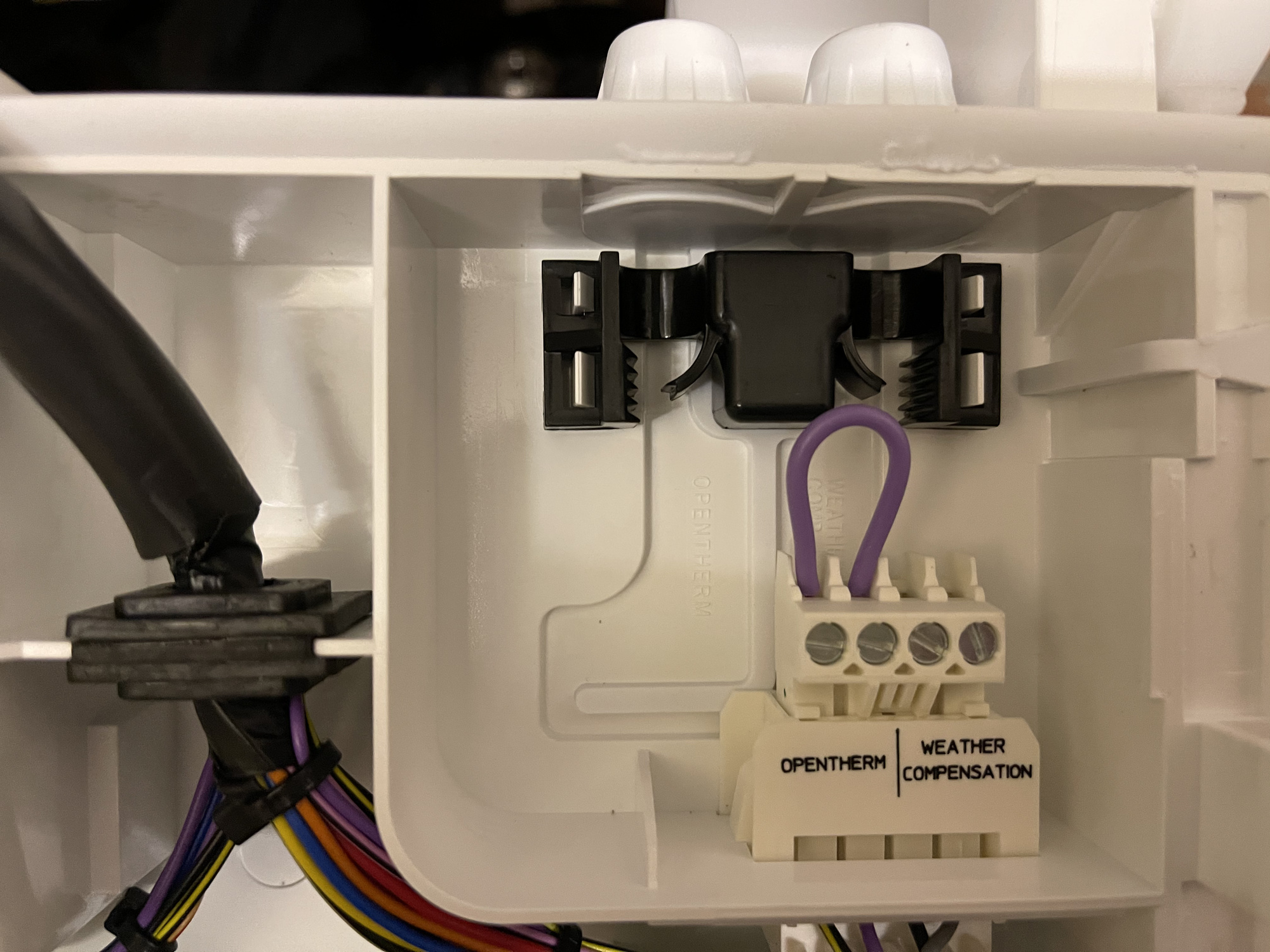 And here's the view of the other side - the wiring to the controller is obviously the middle block - does that need to remain, or should I detach it from both ends and terminate? 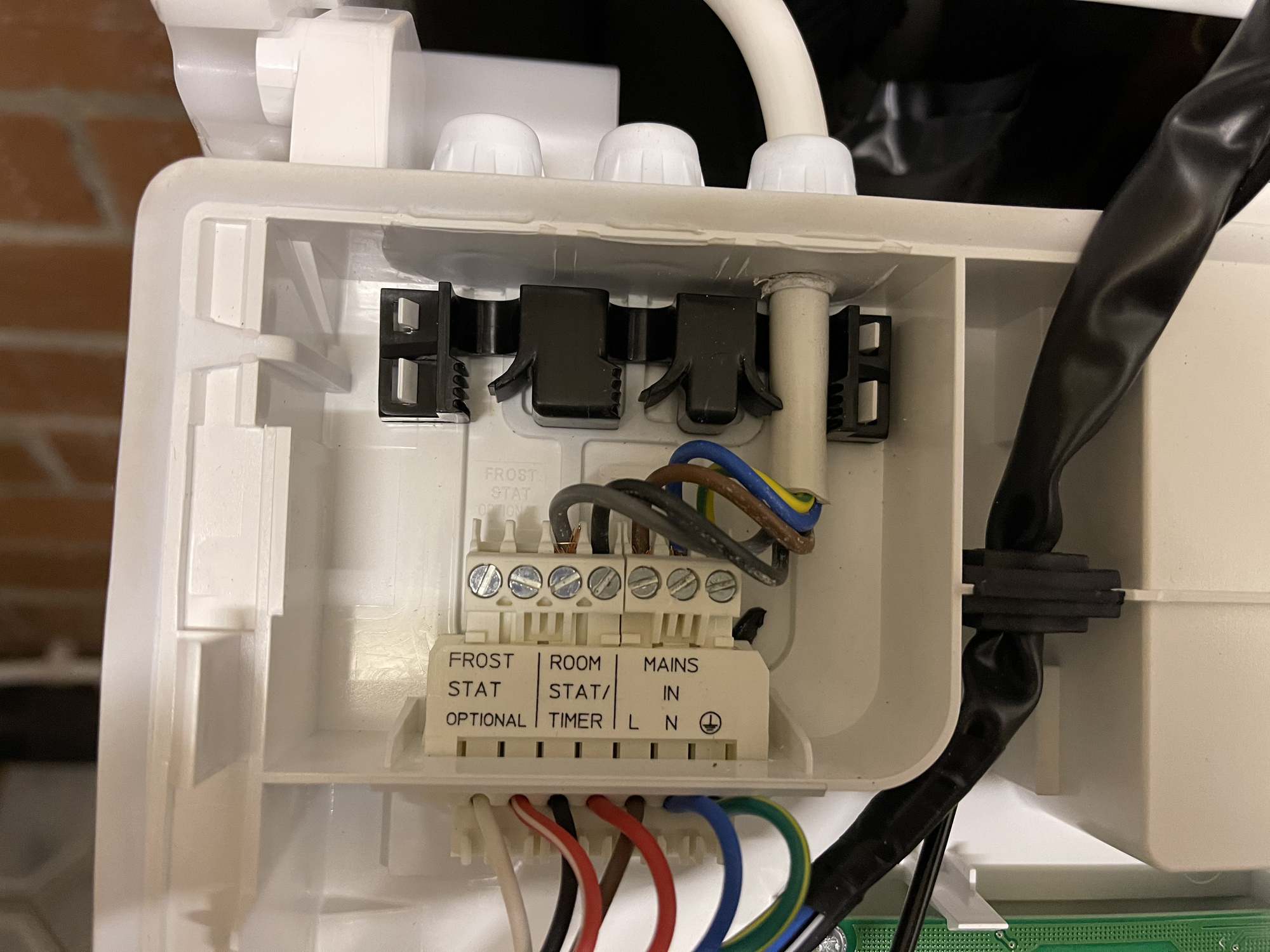 I know there's a whole bunch of on-device configuration that needs to be run before OpenTherm is configured too. I think I found a guide to that elsewhere on the site here.

Thanks in advance for any help!