Tado working well, but data reporting is nonsense. What gives?

Hi. I've had Tado installed for one month and the heating performance has met expectations perfectly. However, the data coming out of the system for end user reporting is just nonsense.

For example, the lounge radiator was off overnight, but started heating this morning on cue. It's now a bit after midday. Now here's where it goes bonkers.

The lounge SRT is reporting 21.4C against a target of 21.0. Heating should be off in the lounge. In fact, the boiler is not fired up. The pump is not running. The radiator is cooling down.

If I look at the report for the day so far it claims no heating whatsoever in the lounge today. Well that can't be right either. The radiator absolutely warmed up, and now it is cooling down.

This data reporting from Tado is complete twaddle.

I'd appreciate a response from Tado please. 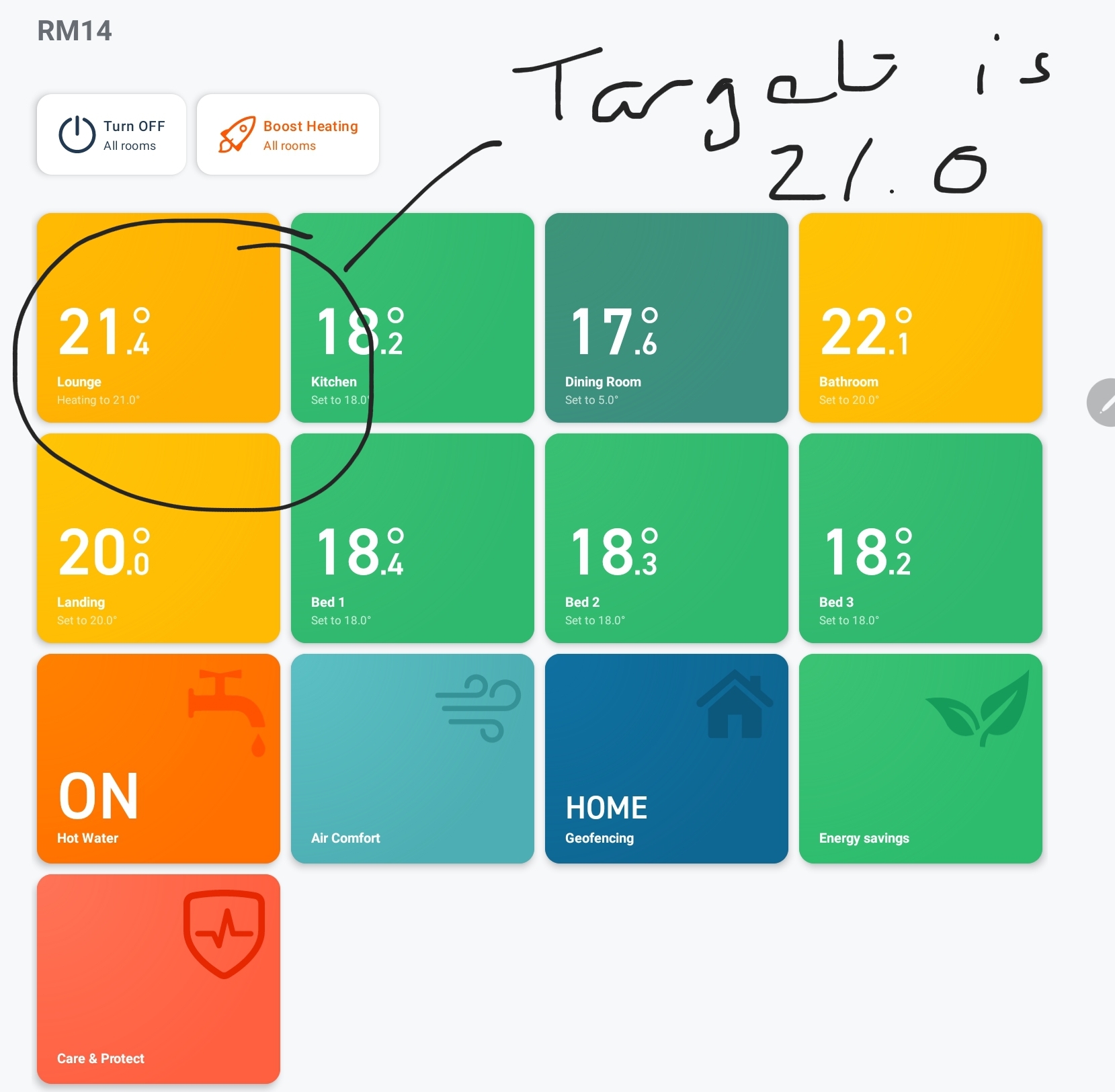 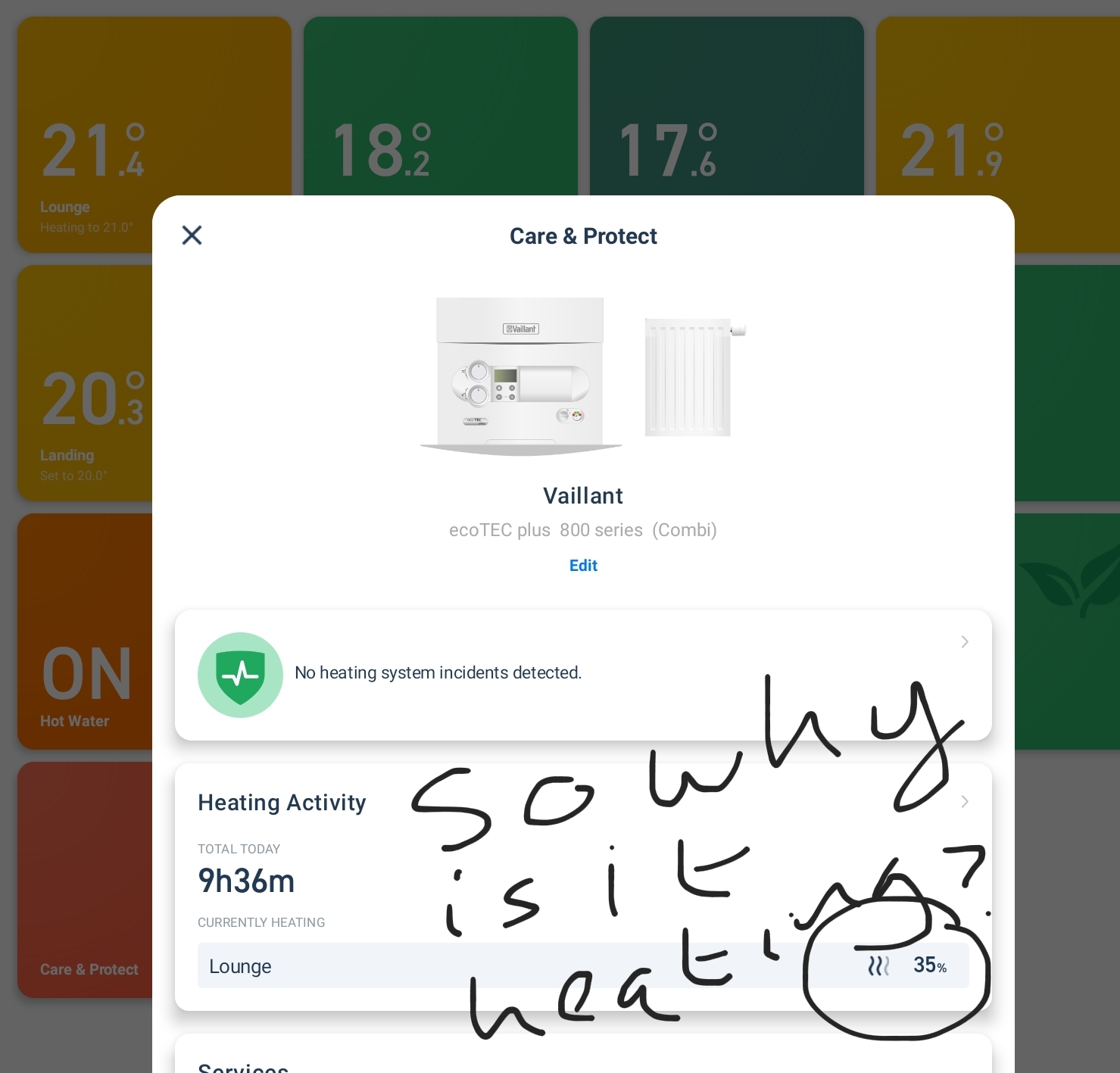 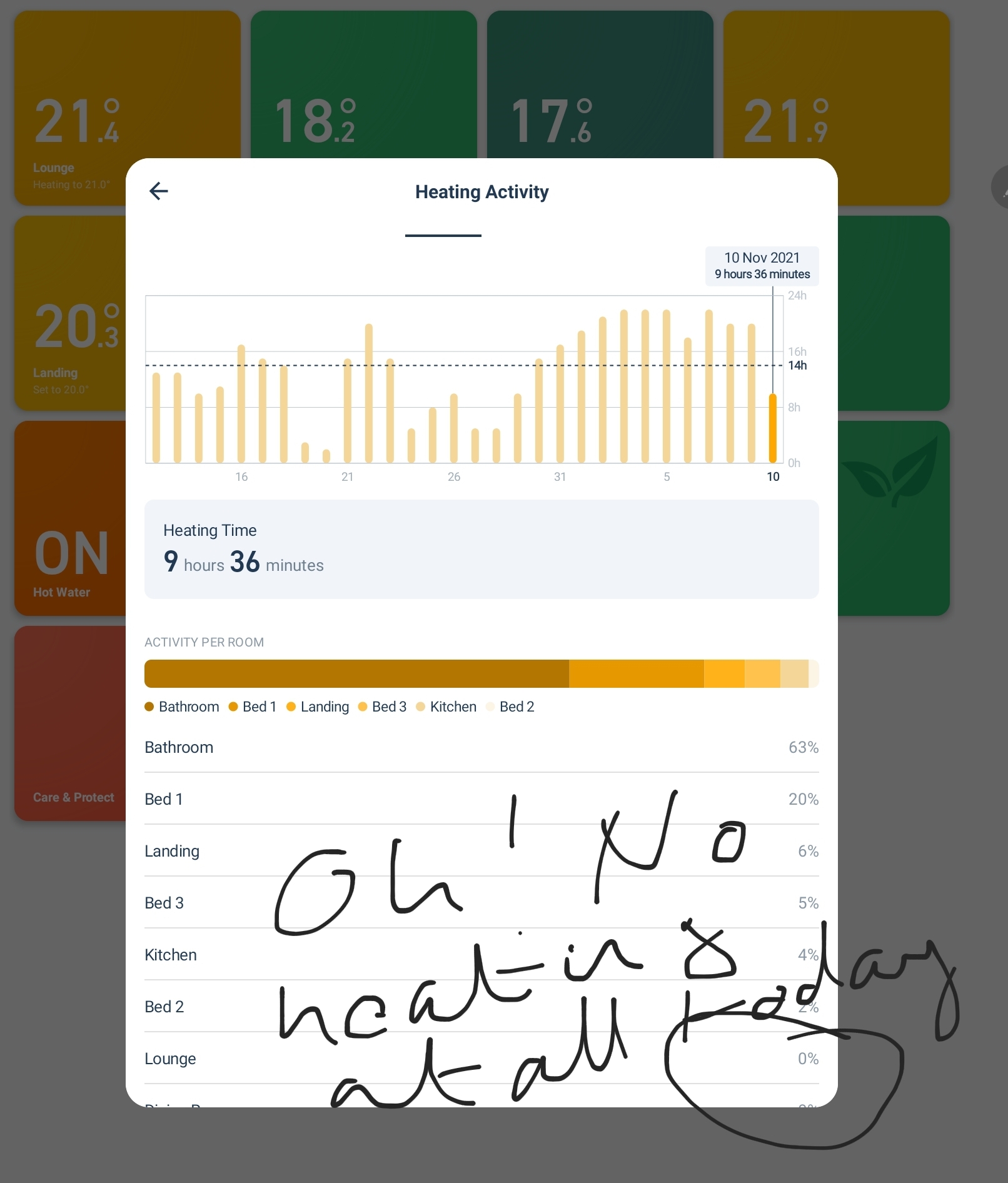 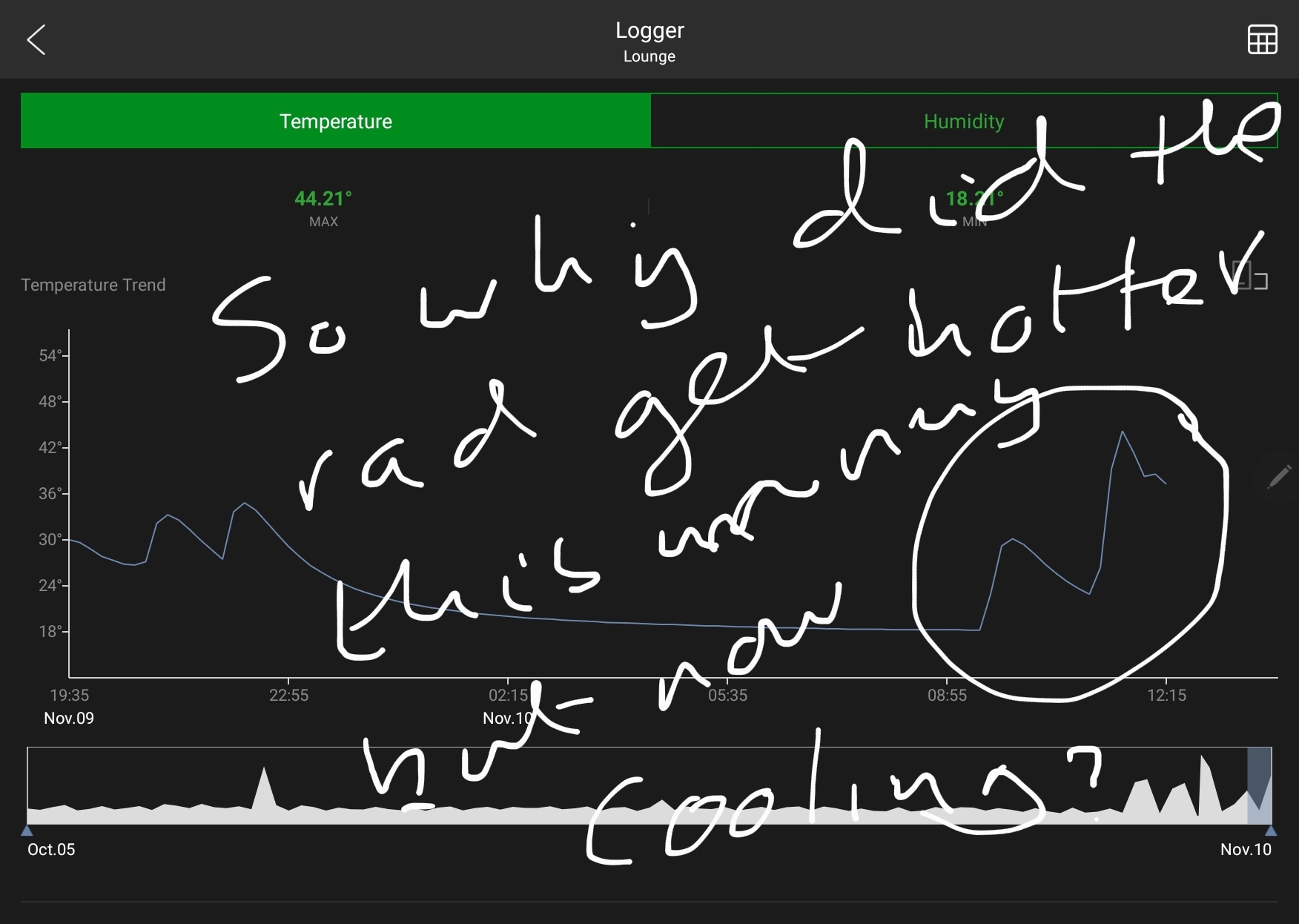