I have a Worcester Greenstar 8000 boiler installed in an S-Plan system.

On the Tado side have a Wireless Extension Kit and use a combination of TRVs and a Wireless temperature sensor. I'm also using a Mixergy hot water cylinder.

I'm planning to have an internal diverter valve installed in the boiler so that I can control the heating and hot water flow temperatures independently. This would result in the zone valves being removed, so the Wireless Extension unit becomes redundant and a Wired Thermostat could be used.

Reading the forums, there seems to be a lot of mixed information about the Greenstar 8000 system boiler. It has an EMS port, which I've confirmed via the boiler documentation. 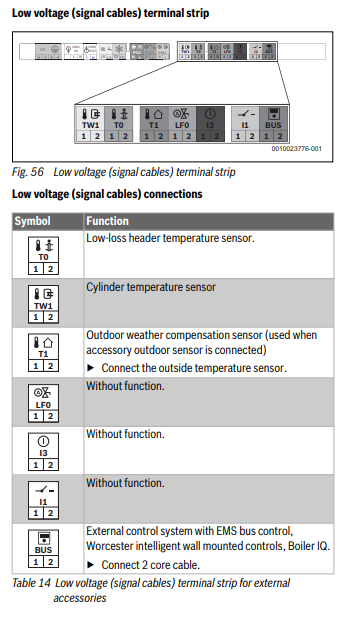 If and when it des support this boiler model, should I use the Wired Thermostat model to interface with it? As I won't have zone valves, I believe the Wireless Extension becomes redundant.

Can anyone in Tado support confirm that the Greenstar 8000 Life system boiler isn't supported via the EMS interface? If not, when do you expect it might be supported?