Bug in the way heating activity is calculated

retrography ✭
May 10 in Suggestions, Ideas and Improvements 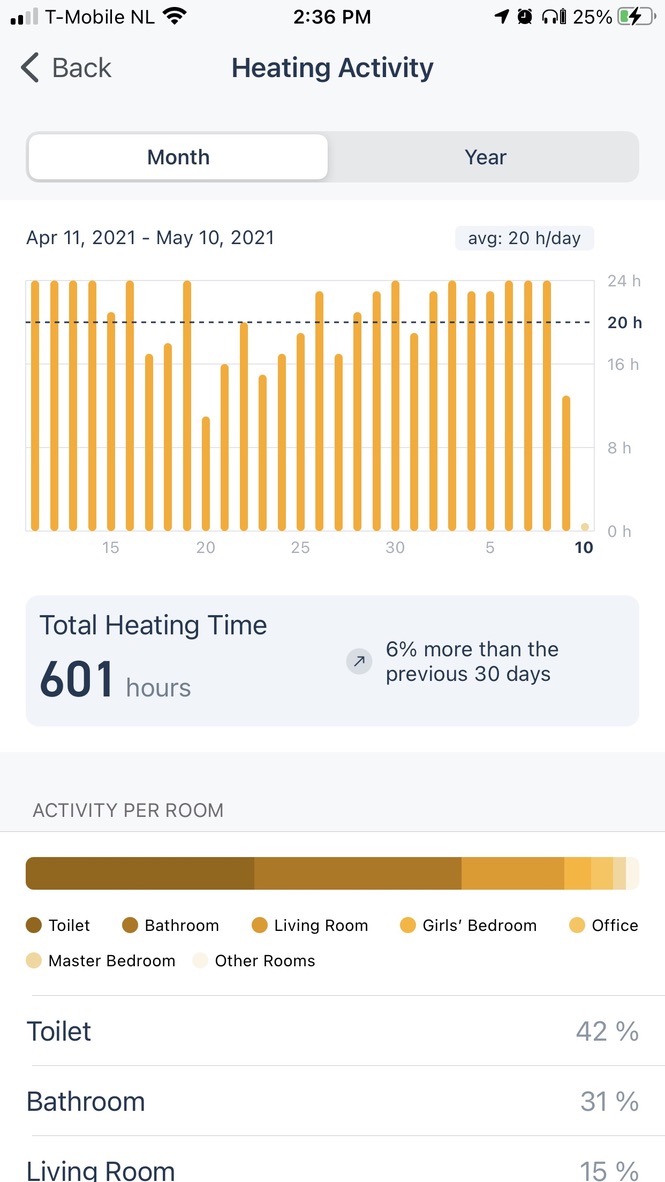 The reason for this funny discrepancy becomes obvious if you look at the top heating areas in the house: Out of the top three only the Living Room (the third) is attached to the zone controller, and thus has the ability to call for heat and turn the boiler on. The radiators in the two other areas (Toilet and Bathroom) are independent radiators that can only piggy back on the heating system when the boiler is already on due to other requests.

This mode of calculation has been historically messing all the numbers in my Tado app, and it won't surprise me if the servers make wrong decisions or suggestions based on these erroneous data.

It would be much more useful if the app could report the real on time of the system, which is a much better proxy for the actual energy consumption, or at least give us the choice.